$2,000: ParaMouse – A smartphone application which serves as a wireless, fully functional mouse for a computer, Ayan Agarwal and Anmol Nigam

$1,000: TweetSense – An engine that reads through social media posts like a human and generates accurate public opinions, William Widjaja 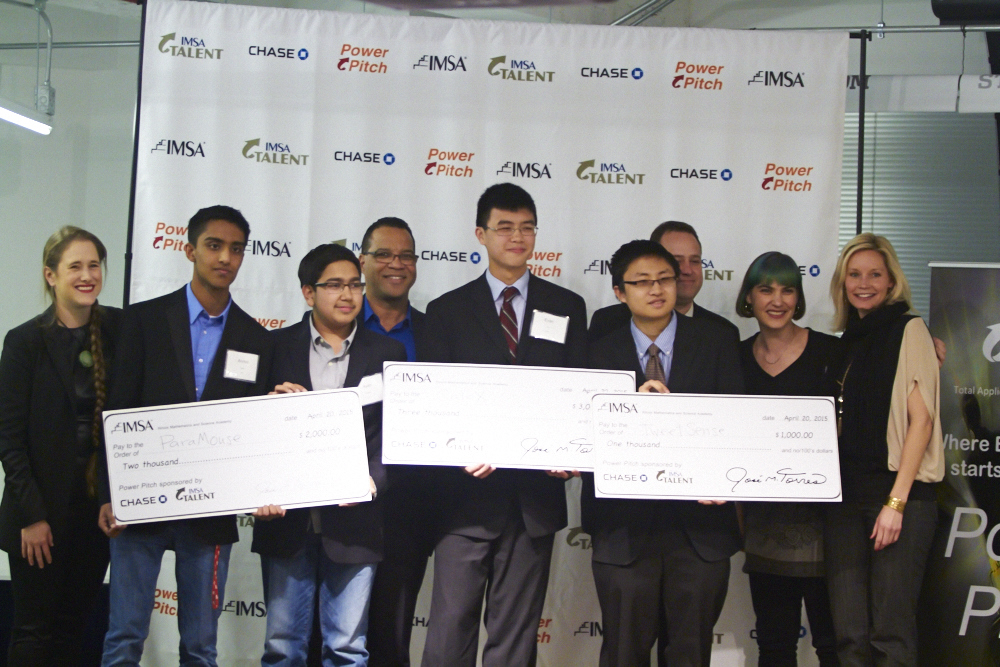 Power Pitch is open to all Illinois High School students (teams and individuals) who have a STEM business idea to pitch to potential investors. Types of ideas may range from Web apps to services that demonstrate consumer value and rely significantly on science, technology, engineering or mathematics.

More Photos from the Finals 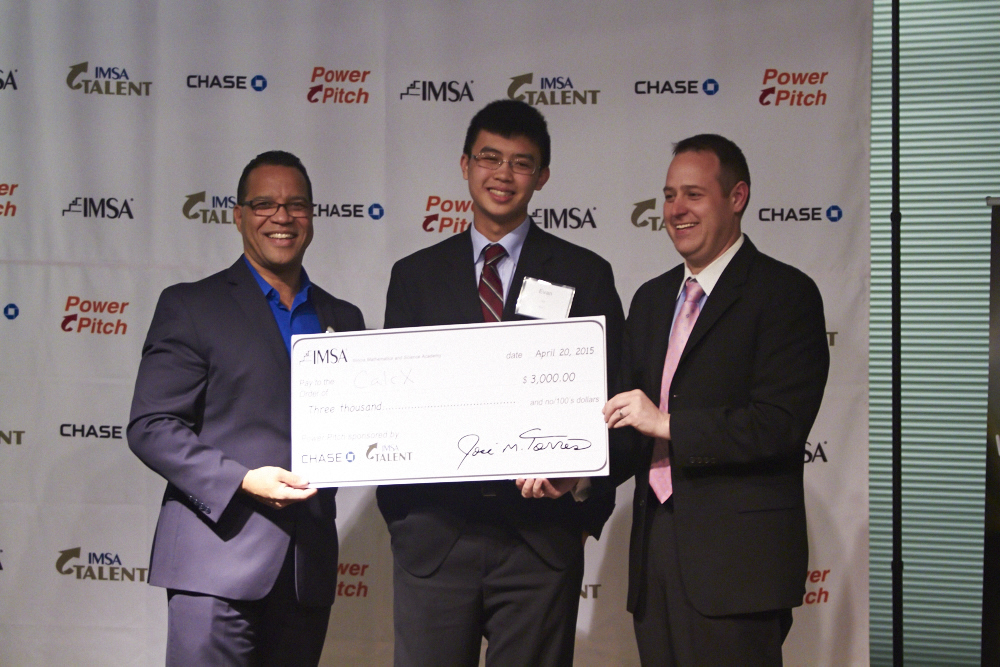 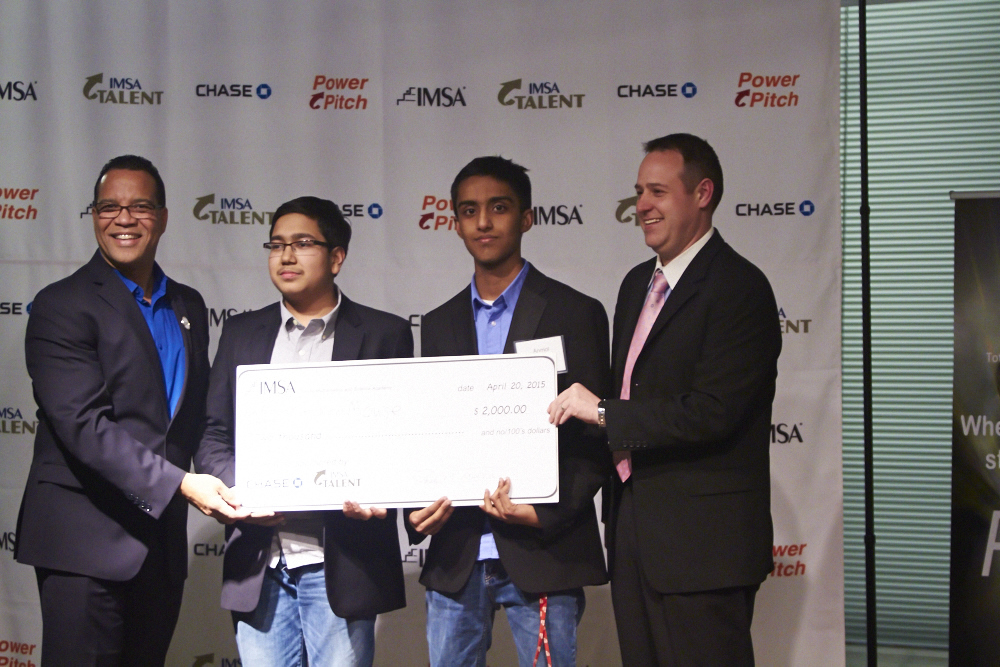 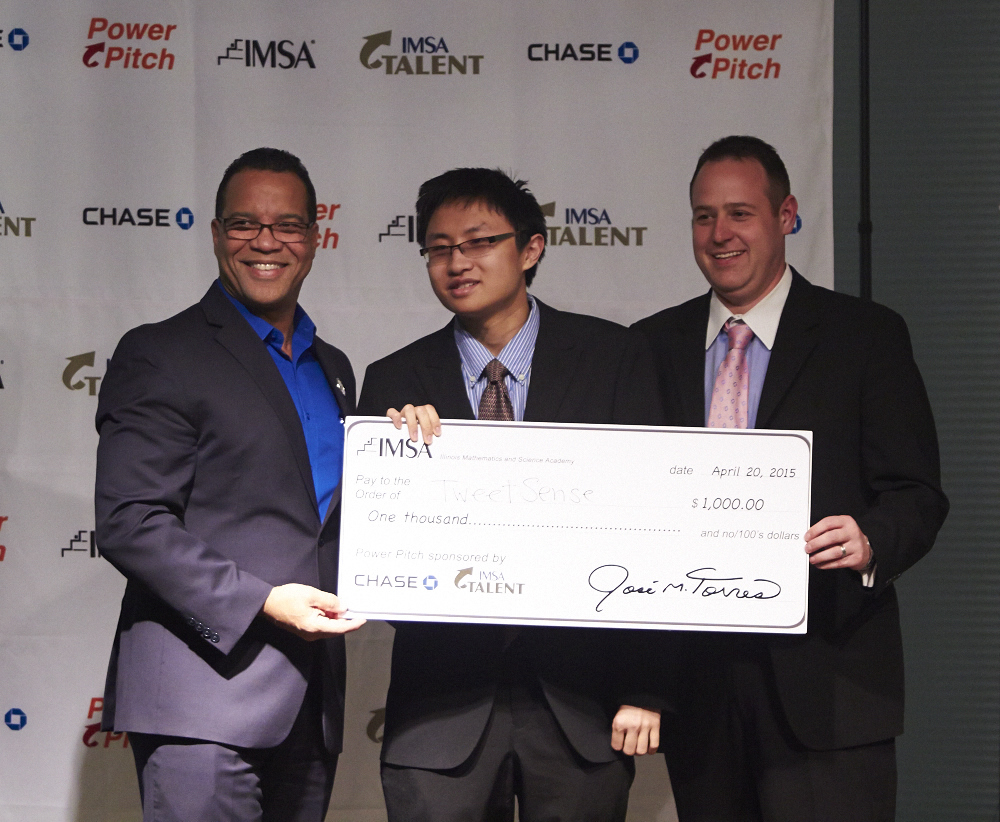 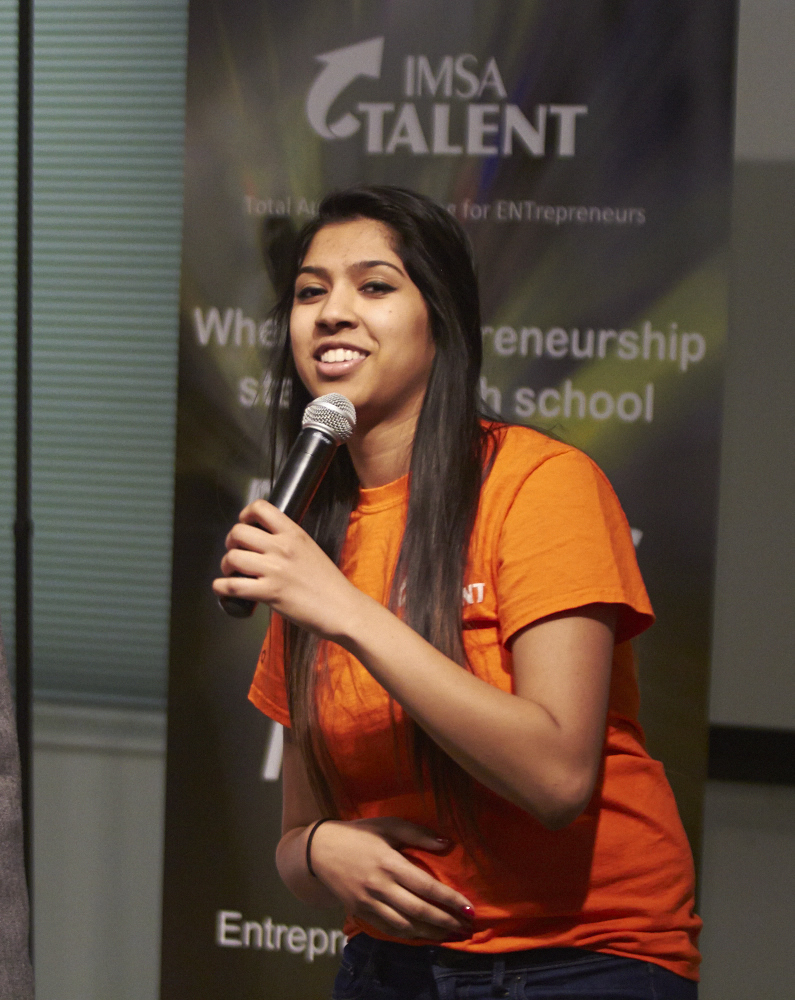 Puja Mittal — one of our emcees 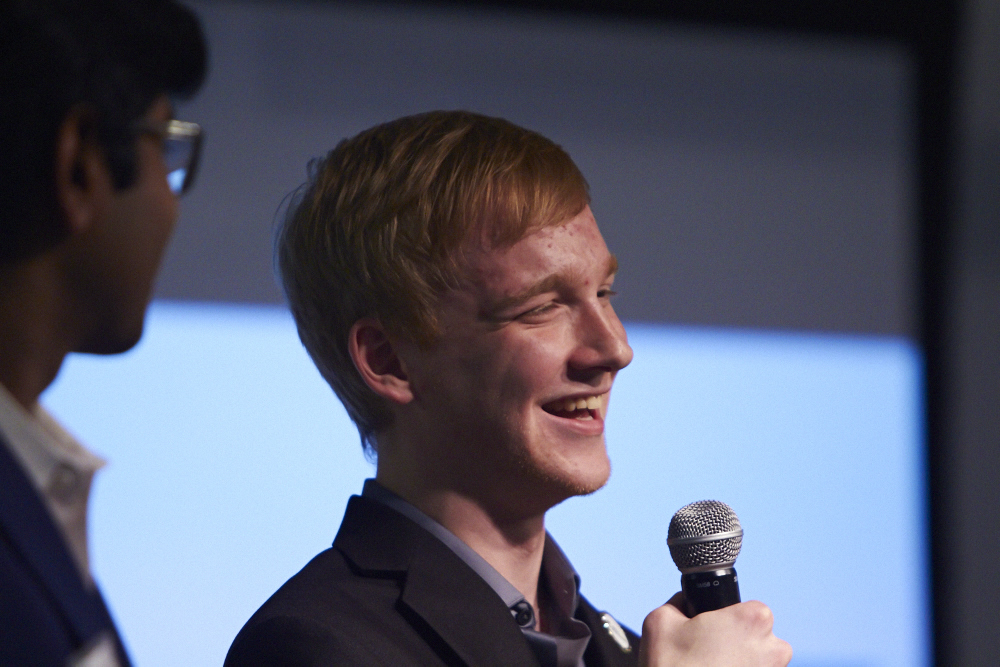 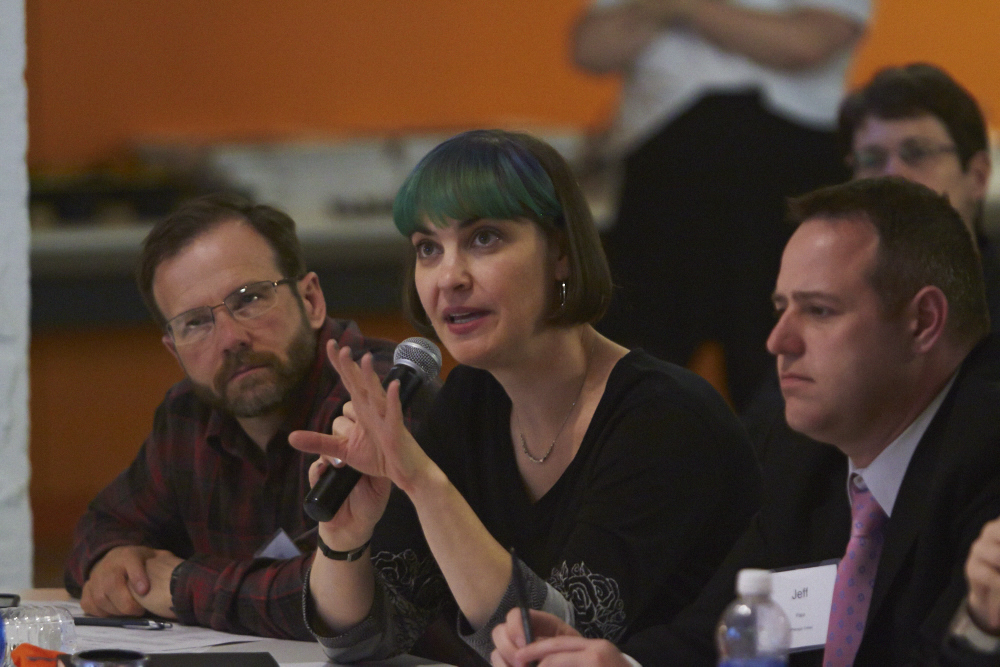 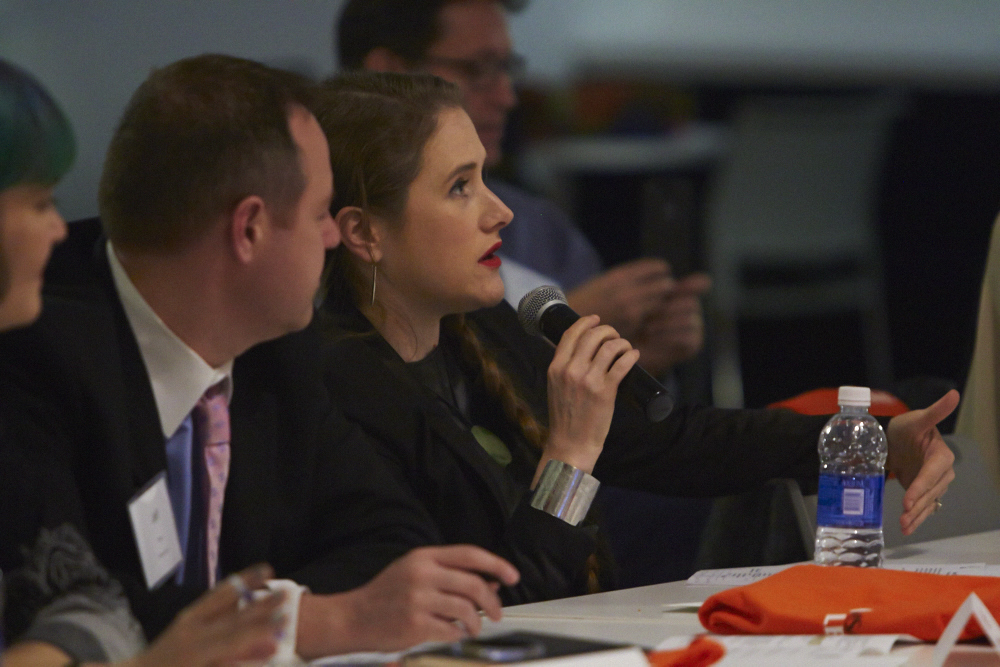 A Preliminary Round was held on March 9 for judges and audience members. Eight Finalists were selected to compete for $6,000 in cash prizes at 1871 on April 20.

Pitches are judged on Value Proposition for a specific Customer Segment (e.g., pain point), Business Model (how the business will make money), Innovation and Feasibility. It is helpful if contestants have a Minimum Viable Product and have developed a Business Model Canvas.  This is primarily a Business Idea contest, but operating businesses may also compete effectively.

Each team is allowed 6 minutes to pitch to judges followed by Q&A.

ParaMouse, Ayan Agarwal, Anmol Nigam – A smartphone application which serves as a wireless, fully functional mouse for an computer

Tweet Sense, William Widjaja – An engine that reads through social media posts like a human and generates accurate public opinions