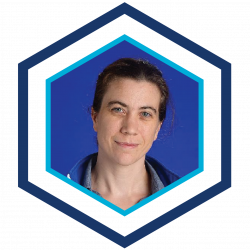 Dr. Sheila Wille is a first-generation American and the first generation to go to college.  After college and despite high hopes, she became a venue electrician and then a master electrician for theaters, trade shows and music events. Sometime around 2003, Sheila was working for a cruise line in the ship’s theater when she realized that something had to change; otherwise, she was going to spend the rest of her life living in the bottom of a boat with someone she didn’t know in the bunk below her. That particular ship was ported in New Orleans every Friday for twelve hours. Sheila found the nearest university library to the port, which happened to be the University of New Orleans. She rode the bus every Friday for six months to the University library to study archaeology and write up an application for graduate work that was sound and thoughtful. This was all before e-books, or reliable internet that didn’t cost a dollar an hour, and even before she had any kind of cell phone, so it had to happen in person.

Eventually, Sheila came ashore and enrolled with a scholarship in Illinois State University’s Historical Archaeology MA program while working as a stagehand in Urbana-Champaign, but came away from that degree only to fall once again back into electrical work. It took her several years to build up the financial, intellectual, and networking resources to secure a position in the University of Chicago History Ph.D. program. Even there, she had to run a small business moving other people’s stuff in the back of her pickup to make ends meet. She said she had to hide behind her last name while she was doing that. People would send an email, thinking they were talking to a guy named “Willie,” and ask her to move twenty boxes of books, a giant potted plant or a couch.  Sometimes, they would get upset about the fact that the person who showed up to do the work was female. However, she was very strong and had worked loading trucks, so in the end, they would get over it and she would get to pay her rent.

The Ph.D. was what pushed her over the class line into the middle class, despite the fact that she never managed to break into the professorship. She had several interviews at R1 universities, only to fail at the finalist stage. But that was fine because after a great post-doc at Northwestern, she landed at IMSA. Working with IMSA students has been especially gratifying. Sheila has learned so much from her students and colleagues in the History and Social Sciences Department. Her purpose in life is to try to think hard, collect evidence, make arguments, and ultimately to withhold judgment, even when a subject seems settled. For her, that’s wisdom. And she has been able to accumulate some more of it at IMSA, which is super valuable to her.

Her favorite memories of IMSA are pretty much about moments when students get through a hard patch on their own research project and produce something great that surprises everyone. Letting go of control in the classroom has been amazing because she found early on that you can simply give a little seed of an idea to IMSA students and they will plant, cultivate, and harvest an entire garden from that idea in ways that are truly astounding. Sheila also really enjoyed the time that a student got the entire audience at graduation to sing “Take Me Home, Country Roads” at the top of their lungs. That was really a wonderful moment.